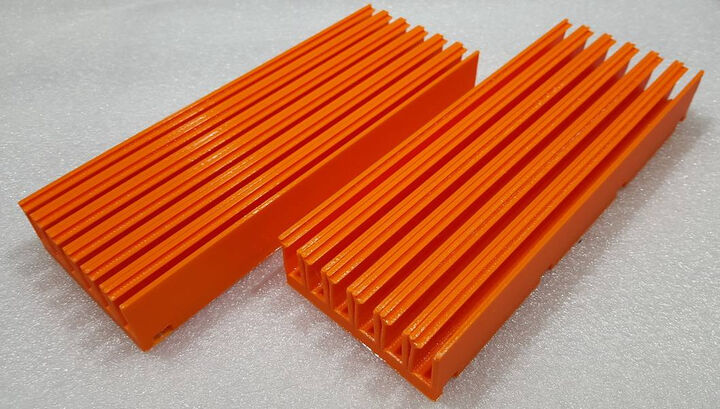 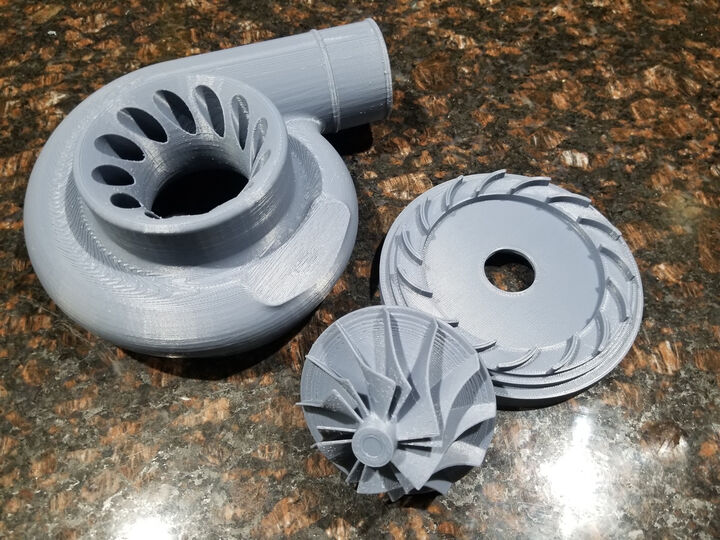 ABS, which is short for Acrylonitrile-Butadiene-Styrene, is an opaque polymer with a wide range of properties such as strong resistance to physical impact and corrosive chemicals. Among the common uses for ABS are power tool housings, packing crates, cases, tools and household components. This plastic is used for 3D printing (mainly FDM), CNC milling, lathing and injection molding. 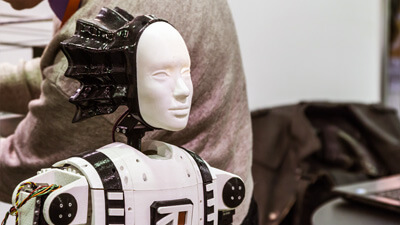 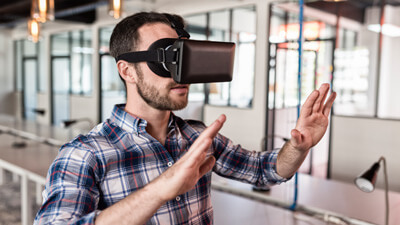 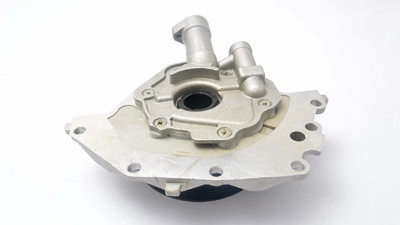 ABS is a copolymer that has a lot of properties as a result of oil refinement that includes being relatively light weight, abrasion resistance, easy formability and more. It's useful for industrial applications, for instance, manufacturing wheel covers and airconditioning parts. Thanks to plastic metallization, ABS can become a high-demand material in the nearest future. A 3D printed part made from ABS will be less durable than that made using injection molding. Some types of ABS can degrade under direct sunlight which actually was the cause for the failure of automobile seat belts in the late 1980s and early 1990s.

Yellowing of ABS is a result of the oxidation process. Overtime ABS plastic reacts with oxygen naturally but certain conditions such as heat and especially UV light speed up this process. Some sources suggest using hydrogen peroxide (Retr0bright) to de-yellow ABS, which, however, isn’t safe to do at home. Moreover, it will damage the material itself.

Why is ABS used in injection molding?

ABS is resistant to scratching, chemicals, and electrical current, dimensionally stable and low-priced at the same time. Additionally, it’s melting points are relatively low. As a result, it had found lots of uses in manufacturing and construction and became one of the most popular materials for injection molding.

What things are made of ABS plastic?

Automotive and electronic industries are two primary segments of ABS usage. Here this plastic is manufactured into bumpers and doors, switches and sockets. Aside from that, there are ABS piping systems used in construction, garden tools, furniture, toys, decor and consumer goods created from Acrylonitrile-Butadiene-Styrene.

Compare ABS to other filaments

Work with this material? Leave a review

Print Services in my city